Quick! Who invented wine? If you’d like a definite answer, there isn’t one. Wiki says the earliest evidence was found in China (7000 BC) Georgia (6000 BC) and Sicily (4000 BC). We really don’t know, yet it doesn’t matter. We just LOVE our wine!

In honor of National Drink Wine Day on February 18th, we’ve gathered some fun wine facts for your perusal and amusement, so read on and enjoy.

A Persian princess who had fallen out of favor with the king decided to end it all by eating a jar of spoiled grapes. Instead of dying, she suddenly felt a lot better. The king liked her new happy attitude so much that he brought her back into his good graces. The state of California is 4th in wine production—only after France, Italy and Spain.

In the 1940s, California’s primary fruit crop was not grapes, but prunes. Now, no other state in the U.S. produces more wine.

The first wine grapes in California were planted by the Franciscan missionary Father Junipero Serra, who grew a variety called the Mission grape in 1769. After signing the Declaration of Independence, the forefathers toasted each other with glasses of Madeira.

The world’s oldest wine cellar is in the Titanic, and yes, the bottles are there and still intact.

Wine is usually made from grapes, yet in some parts of the world, it can be made from rose petals, pumpkins, chocolate, snakes (!) or honey. A favorite candy in Japan is wine-flavored Kit Kats.

The world’s oldest person (122) says she owes it all to her diet of port wine, olive oil and 2 pounds of chocolate per week. In ancient Greece, bubbles in wine were attributed to the phases of the moon or to evil spirits.

A Champagne bottle holds about 70-90 PSI of pressure or about twice as much as your car tire.

There are about 20 million bubbles in a glass of Champagne.

The shape of the original shallow sparkling/Champagne glass (coupe style) is said to be a tribute to the breast of Marie Antionette.

Marilyn Monroe once took a bath in Champagne. According to a biographer, this required 350 bottles. (Don’t try this at home.) One glass of wine consists of juice from one cluster of grapes.

One acre can contain 400 vines, resulting in five tons of grapes. 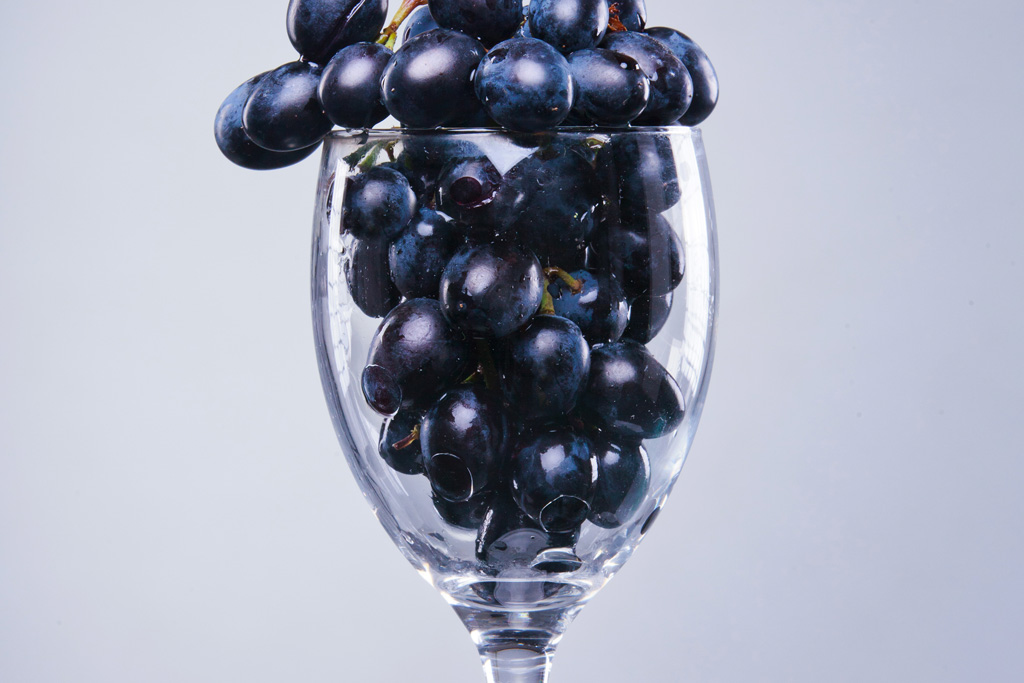 The Four S’s of Wine Tasting

Jingle All the Way to Wine

10 Comforting Wine Cocktails to Get You Through the Holidays